In Australia, electricians have no strict requirement, other than broad provisions of workplace health and safety legislation, to have their electrical test instruments calibrated.

Australian Standards AS/NZS 3017 and AS/NZS3019 suggest that test instruments should be calibrated regularly. 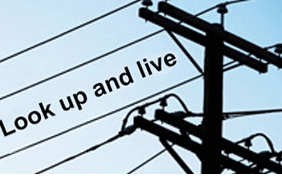 e off-chance that things go pear-shaped, this leaves electrical contracting businesses open to prosecution, fines and loss of reputation. It also leaves them open to civil action in which a victim or relative may seek compensation for injury or loss of life. [from Chris Halliday’s page]

However, scientific and other equipments do have different criteria, and special attention is drawn to the Aviation industry, Public transport at large and top level equipment used as standards for the further calibration of other equipments.  The Department of Defence and NSW Police need NATA certification for all test equipment and cables used in the maintenance of strategic and tactical equipment.  Think about RADAR in the NSW Police… if it was not calibrated in accordance with NATA standards, then less people would be inclined to accept the results of the penalty notice because the RADAR may be inaccurate.

Testing of equipment  (From Worksafe [safework])

Testing equipment should be tested regularly to ensure it provides the level of protection required. Testing intervals will depend on several factors including:

For example, a multimeter used in a workshop environment may be subject to less damage that a multimeter carried in the back of a work van.

In absence of manufacturer’s advice PCBUs should refer to a competent person with the knowledge and skills required for testing the particular type of equipment.

Items that have been misused or damaged should not be used until they have been re-retested and confirmed as functioning correctly.

Test equipment used for measurements such as earth continuity and insulation resistance should be regularly tested to confirm they are working correctly.

Some equipment such as multimeters may be able to be tested in-house, by using a calibrated resistor test block. Other equipment such as fault loop impedance testers or RCD testers may require specialist testing.