Topics 1, 2, 3, 8 scheduled for Lesson 2 (from assessment guidelines, subject to change)

T5 Effects of electrical current encompassing:  (Pink was in lesson 1) 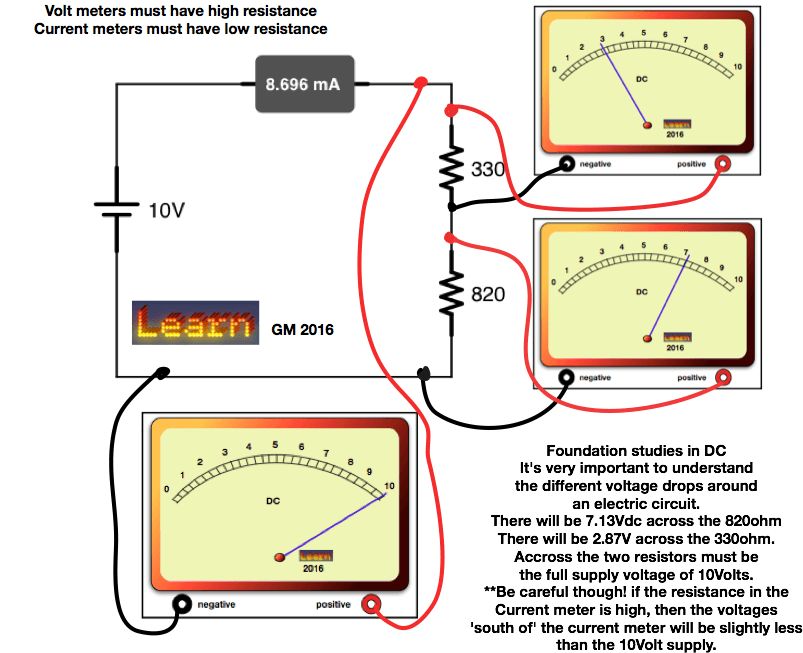 This circuit and these measurements (physically done as opposed to theory) and any theory associated with this circuit to determine voltages and currents is essential to you study and this preliminary circuit is one to keep coming back to so that you can focus on what is required by week 3 of your course. 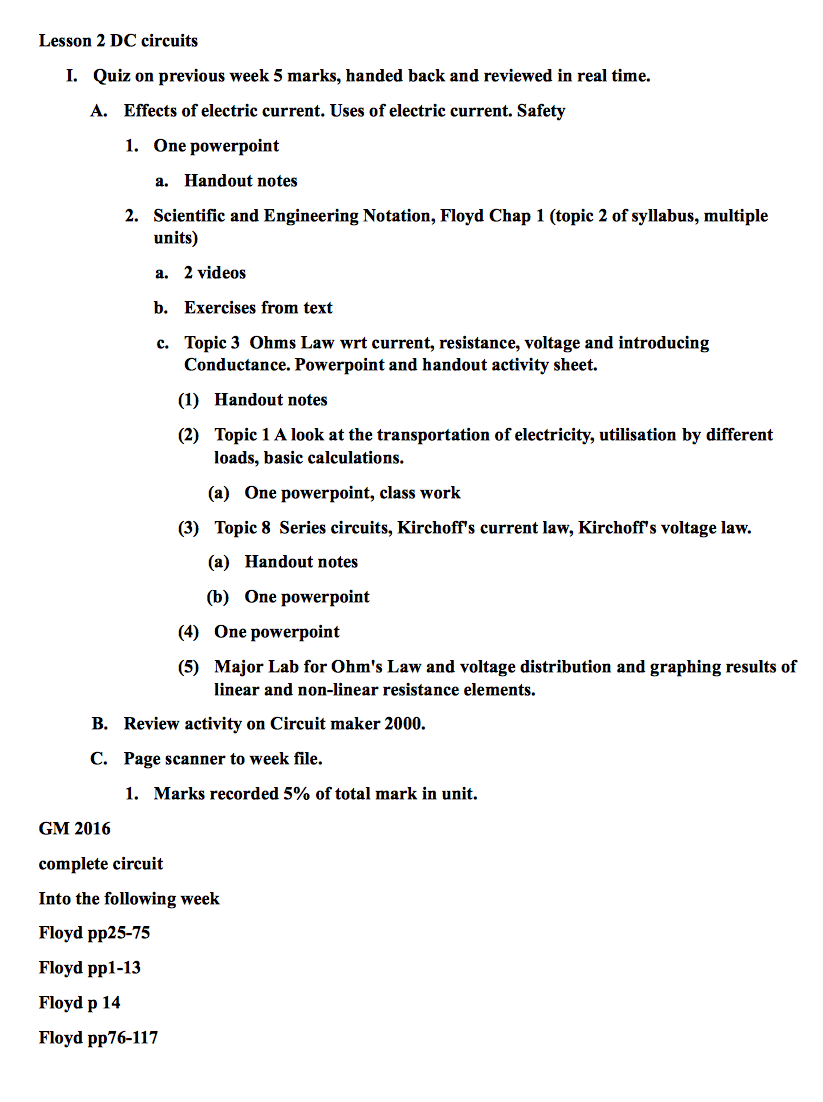 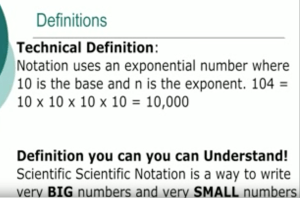 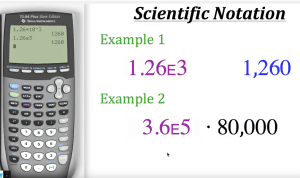 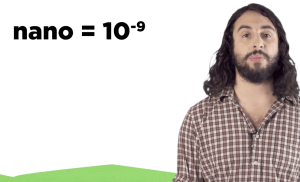 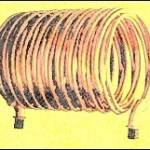 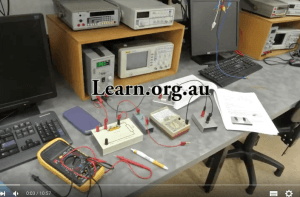 Video for the first lab, 11 minutes

Here is past board work from Week 2 of DC 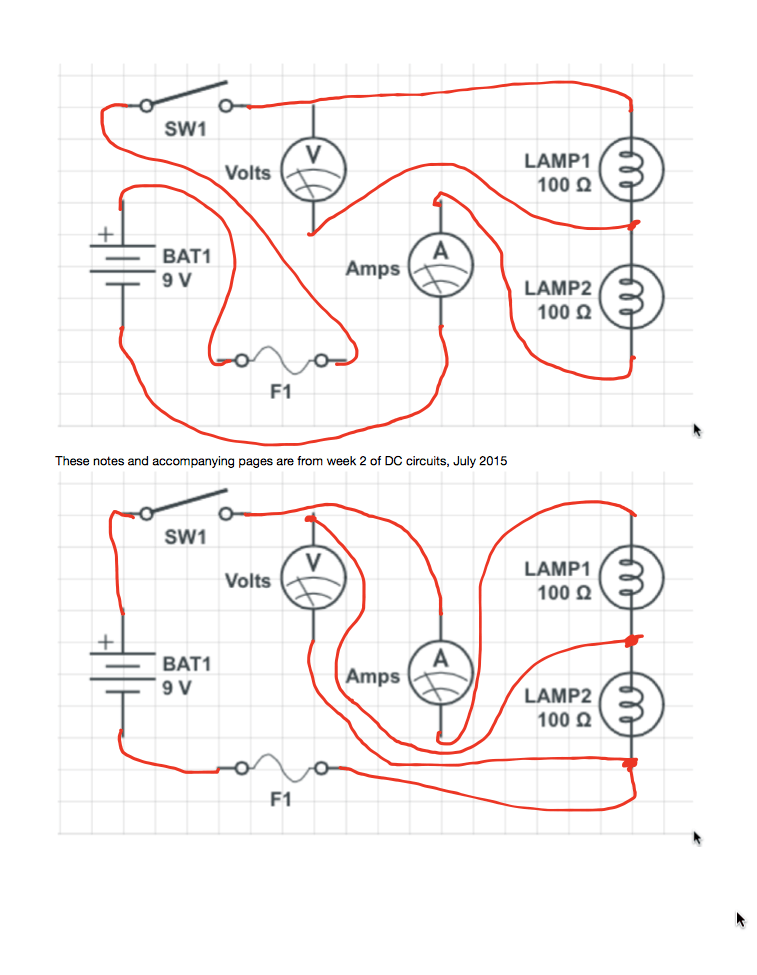 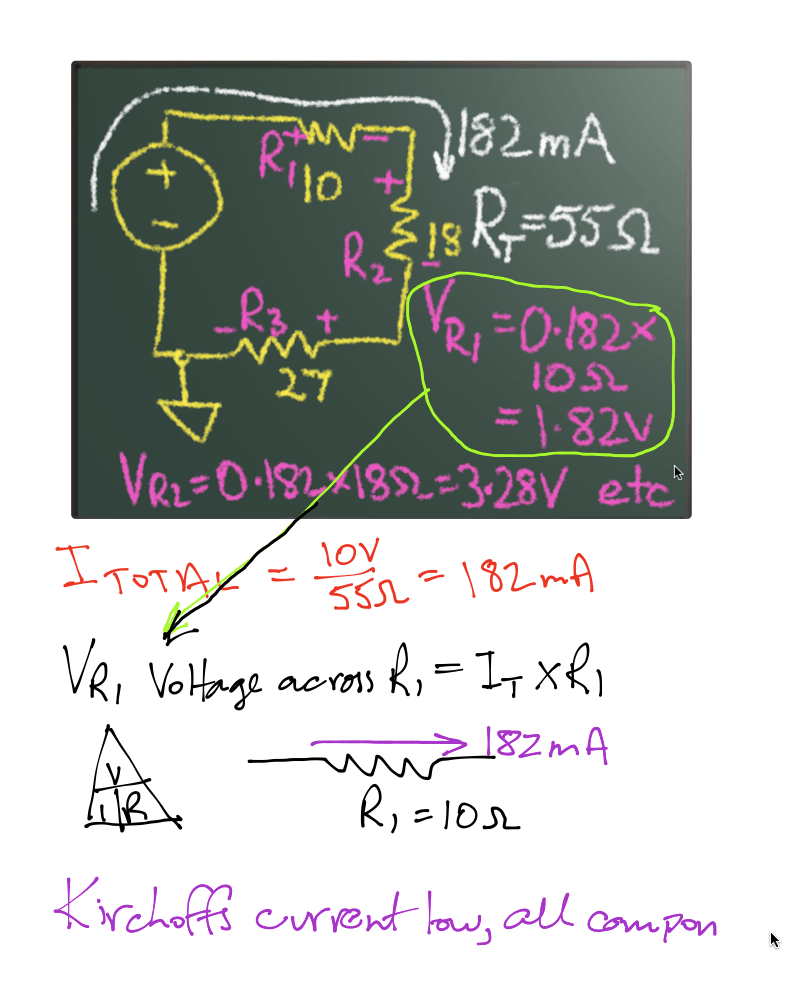 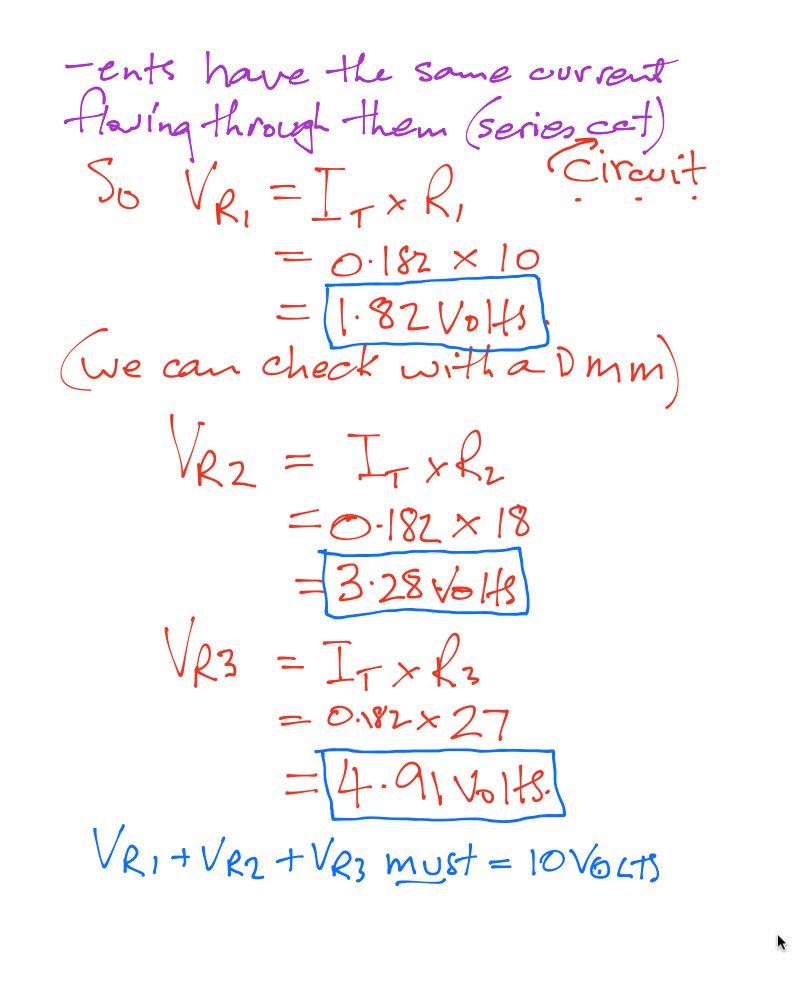 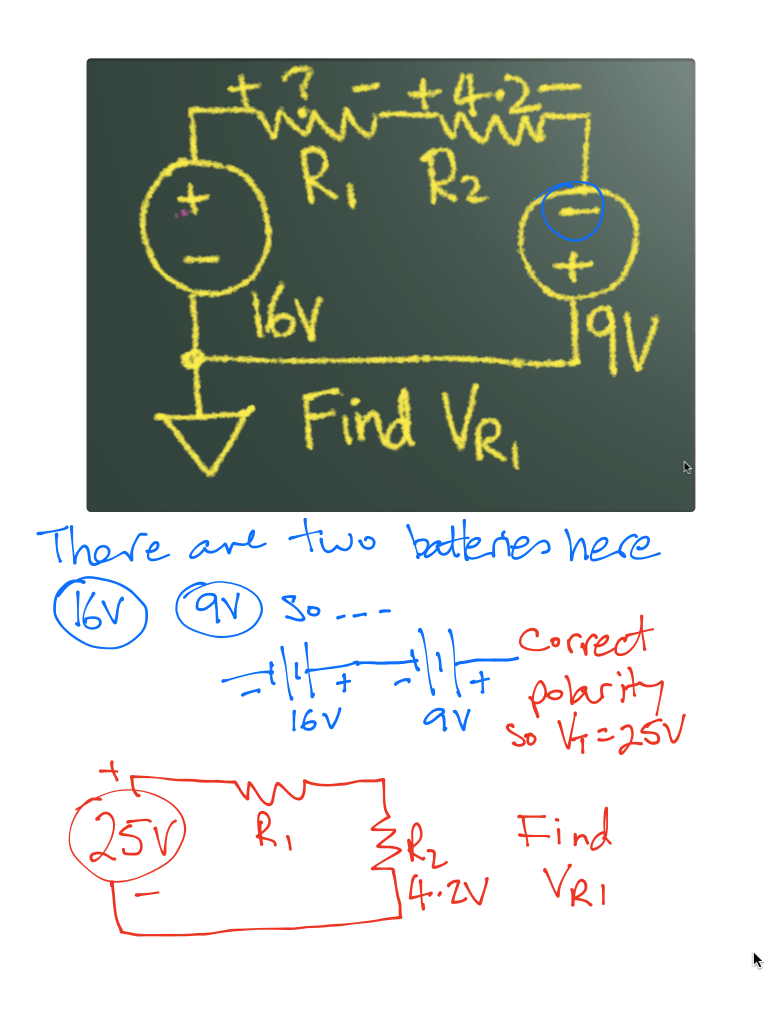 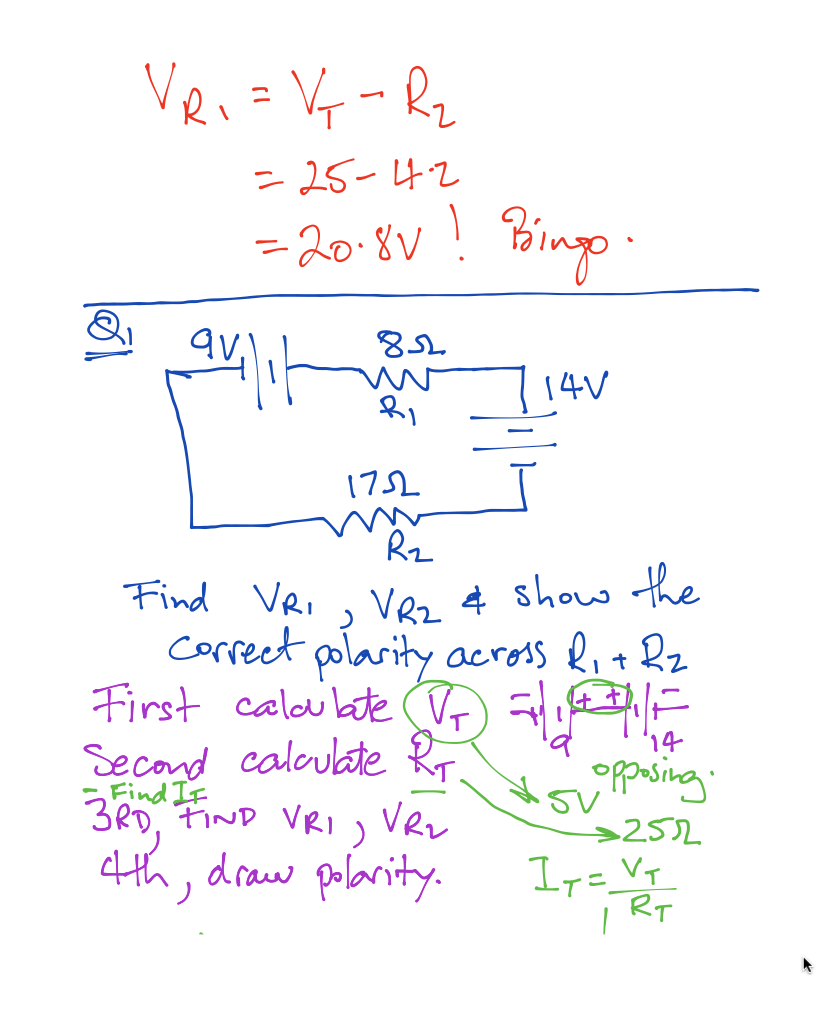 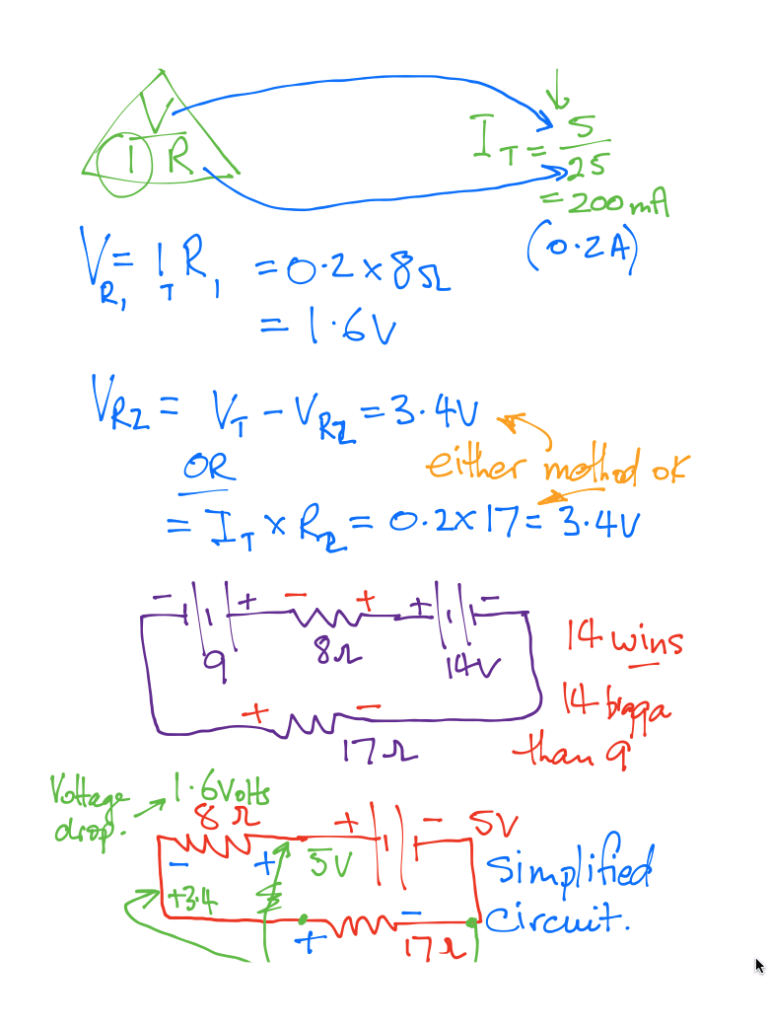 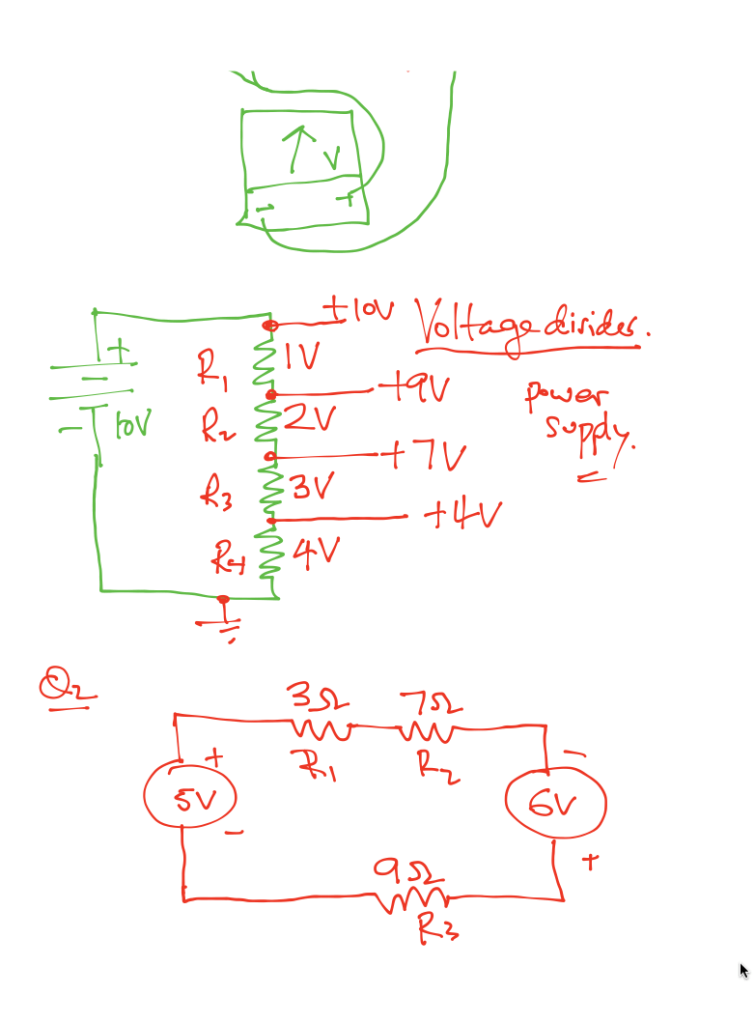 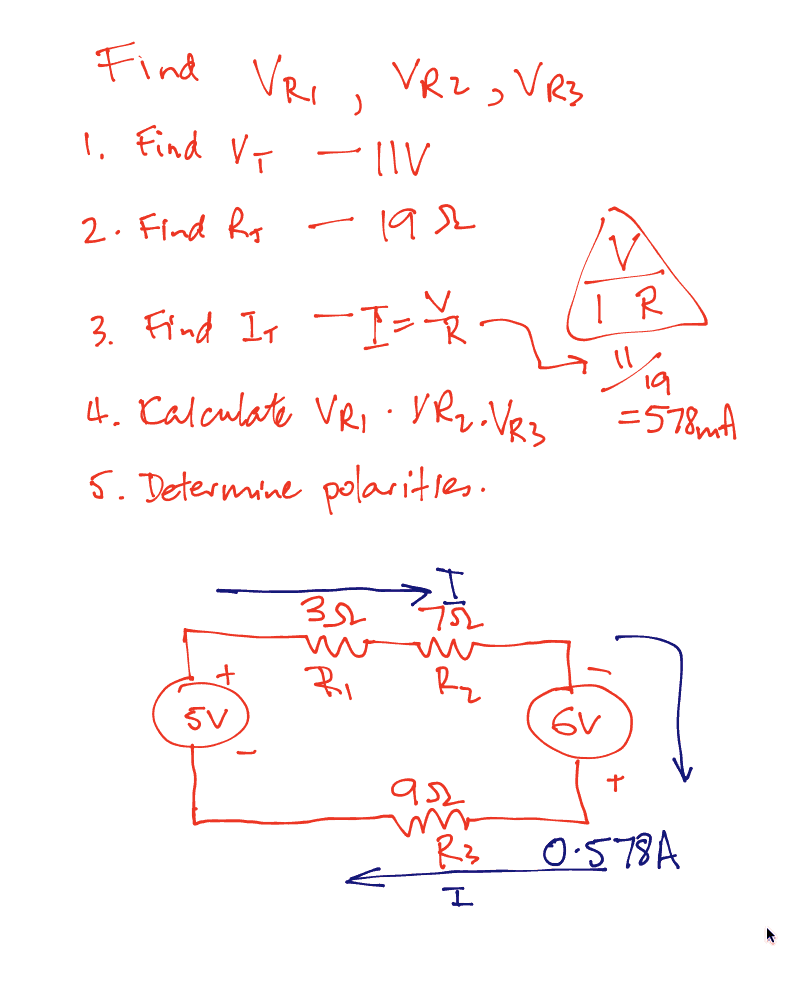 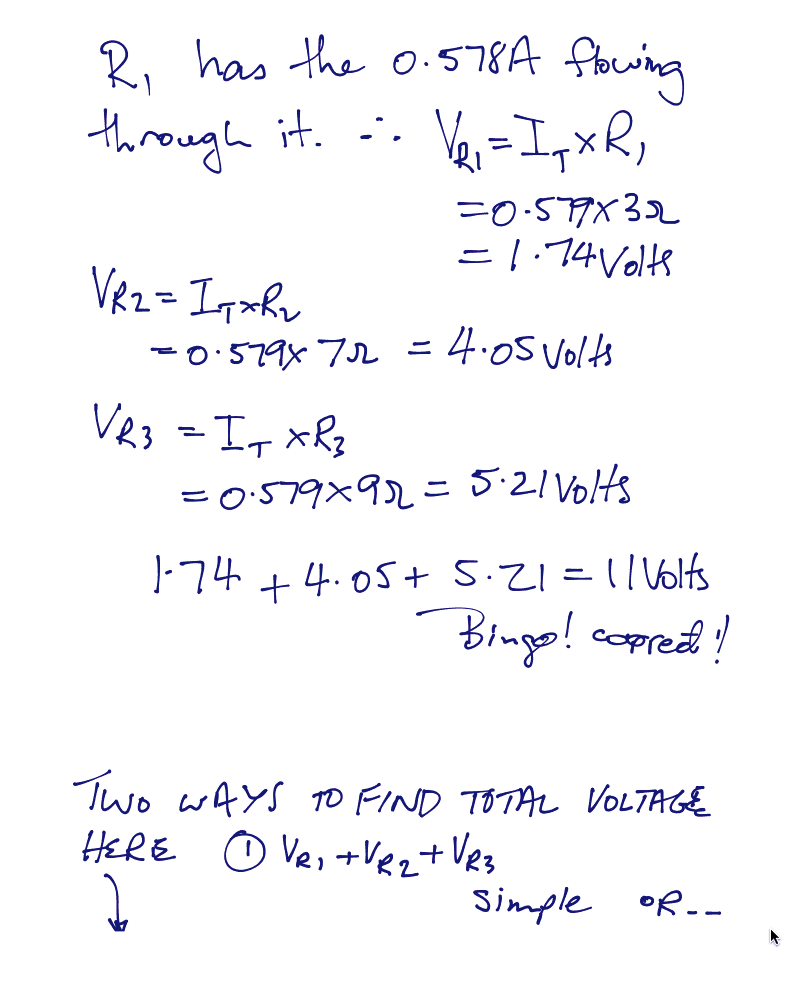 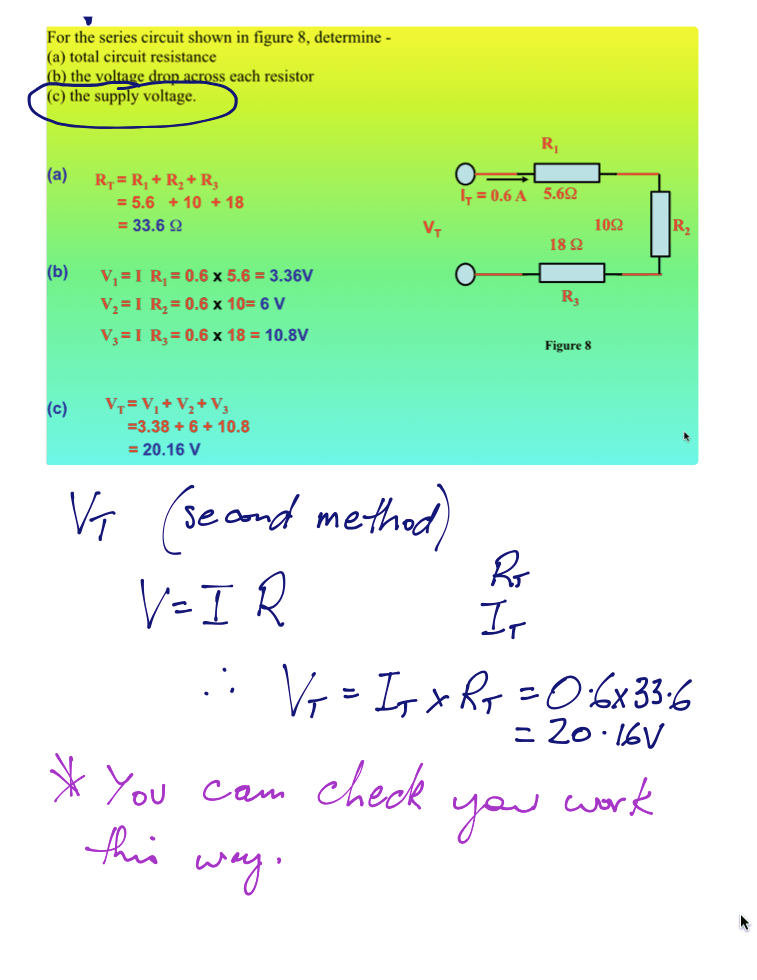 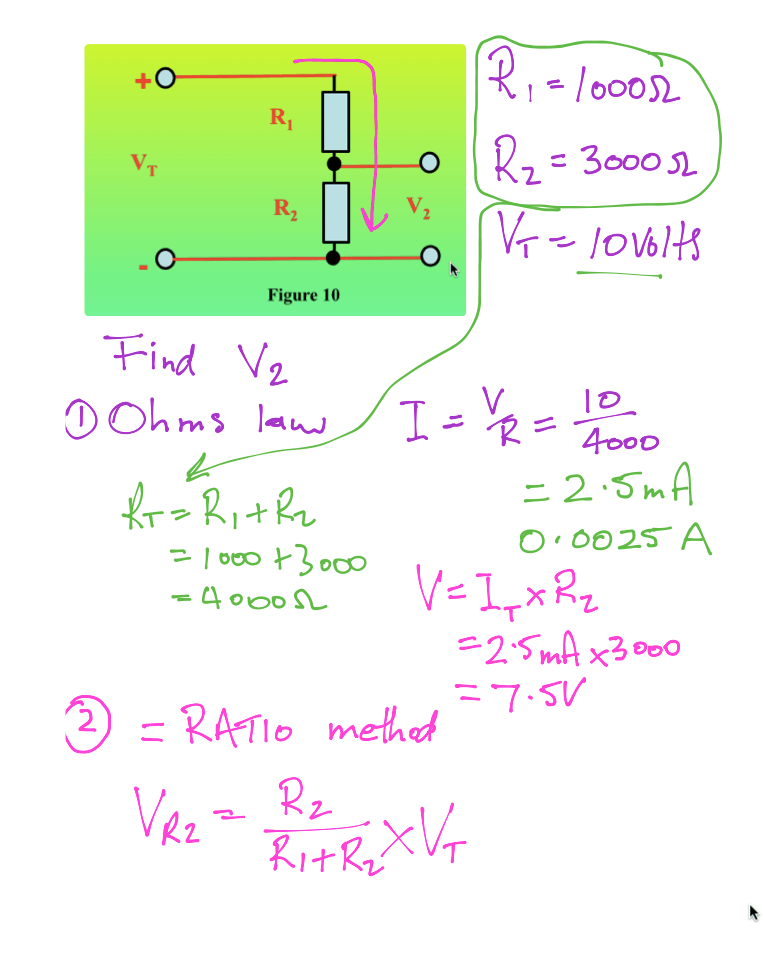 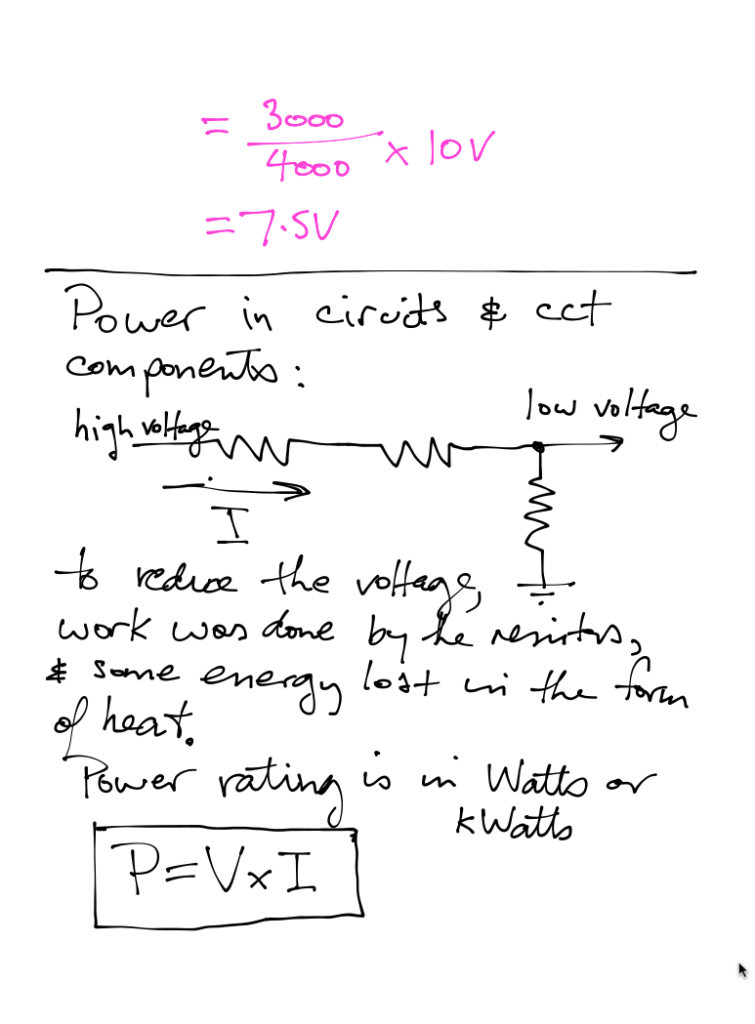 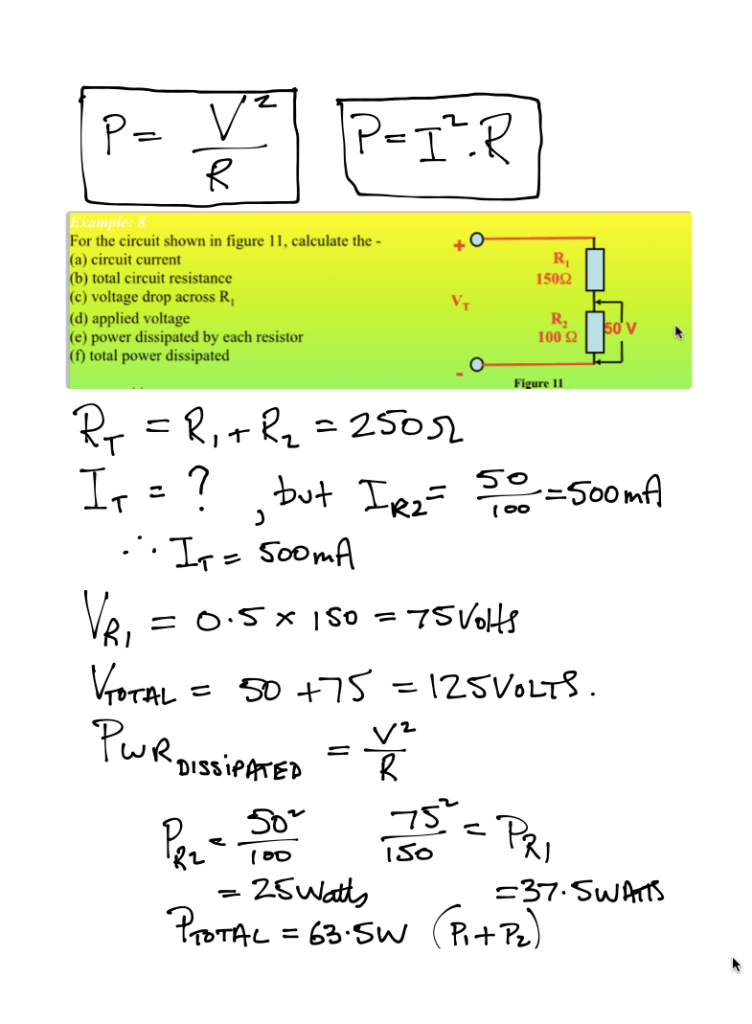 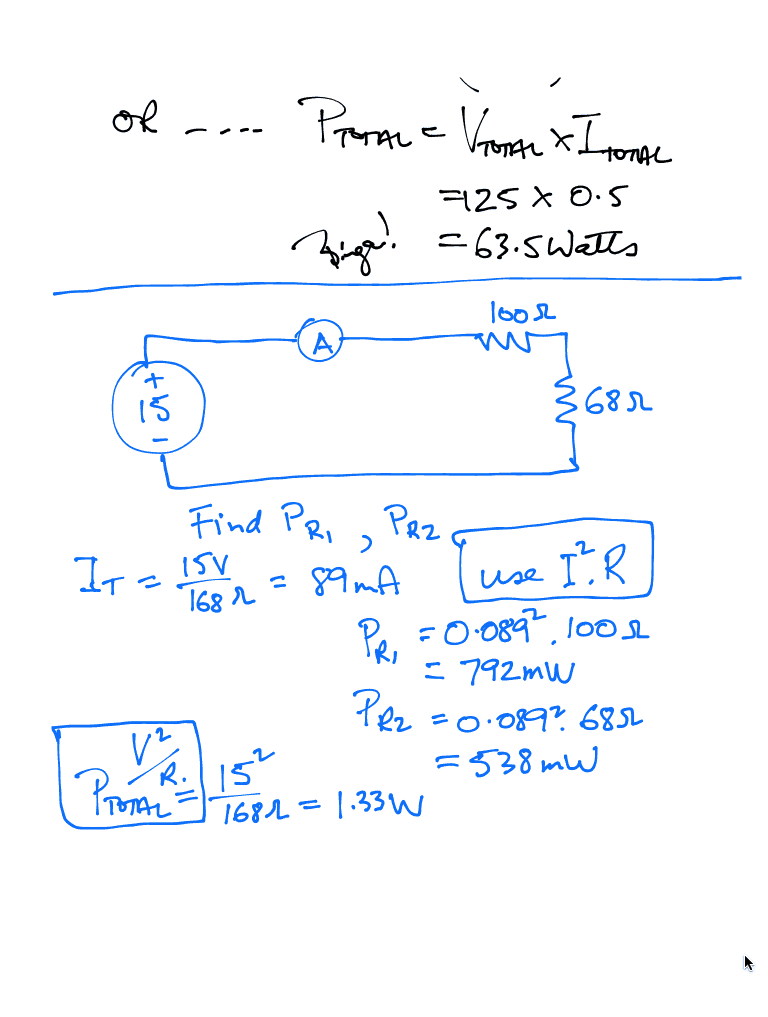