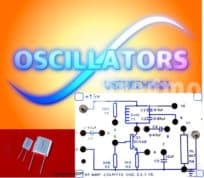 Historically, the flip flop or as it was more commonly known, the bistable multivibrator formed the basis of a subject called ‘pulse and switching’.
The waveforms (time coincident) were very important as they form the basis for all logic switching circuits. Sadly that is another of the many subjects which has now vanished off the training radar like clippers and clampers which were also found in the world where analogue meets digital. Nevertheless the Multivibrator has it’s small place now in largely themed analogue subject H142A, Oscillators

Many more notes on the side tabs about the multivibrator 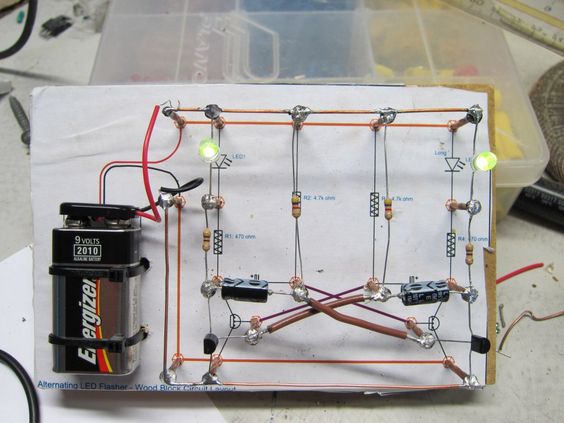 How nice is this! Nails and wires and components match our circuit. Why are both LEDs illuminated at once? Ideas? 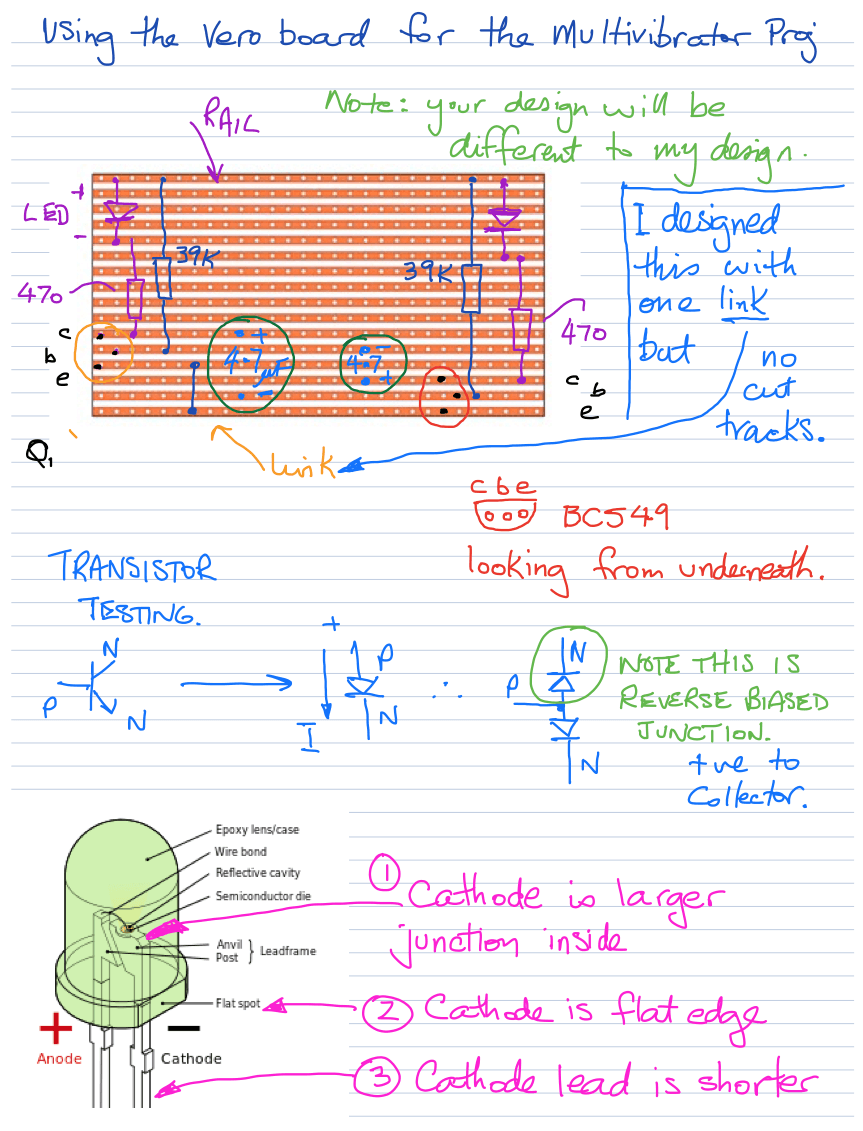 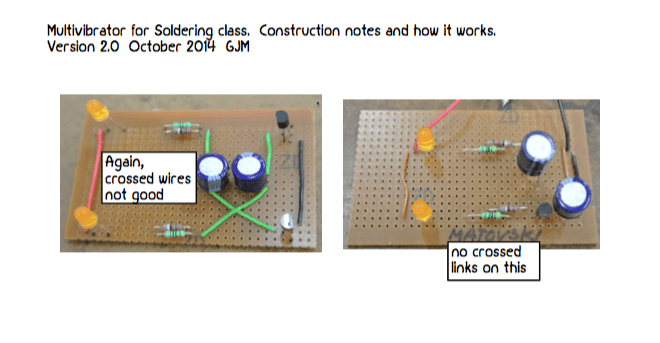 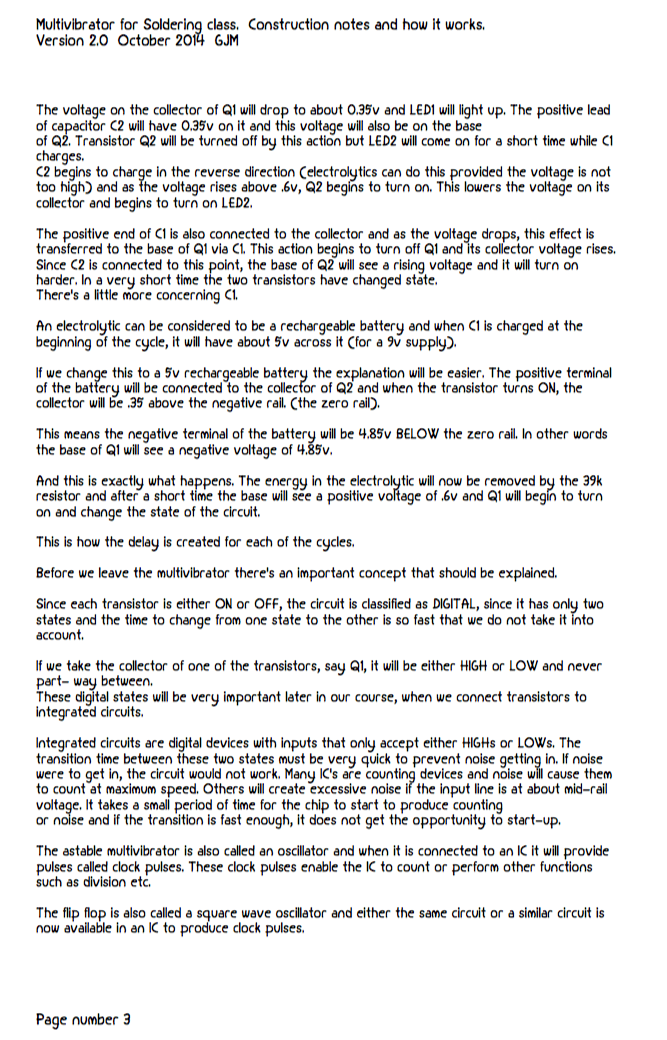 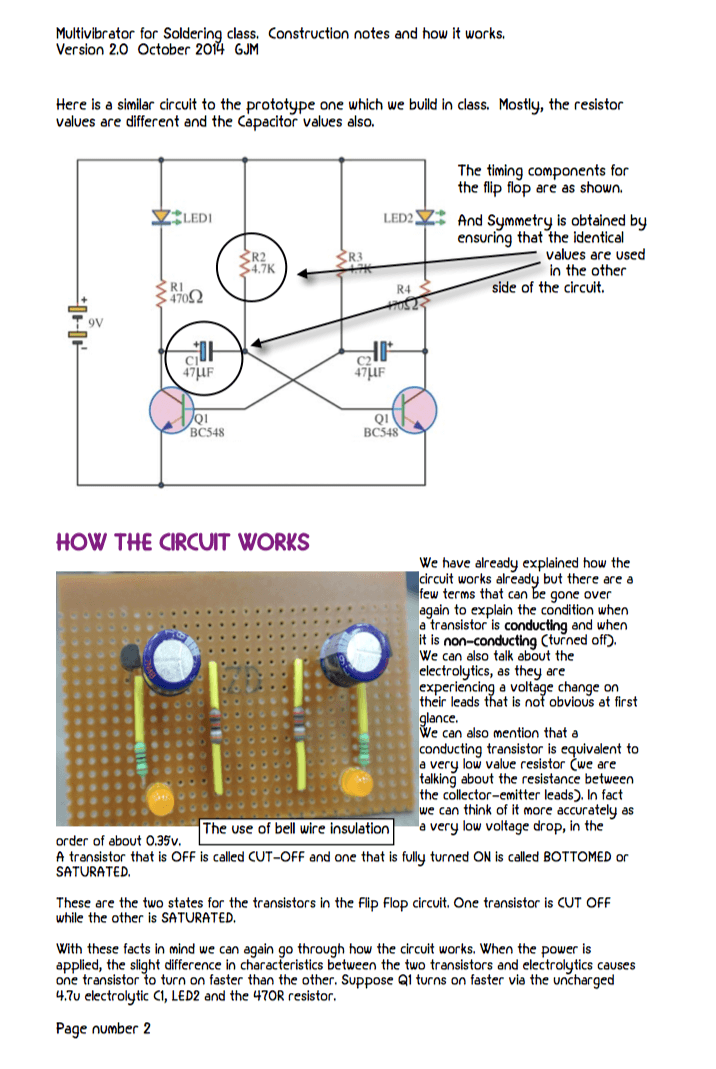 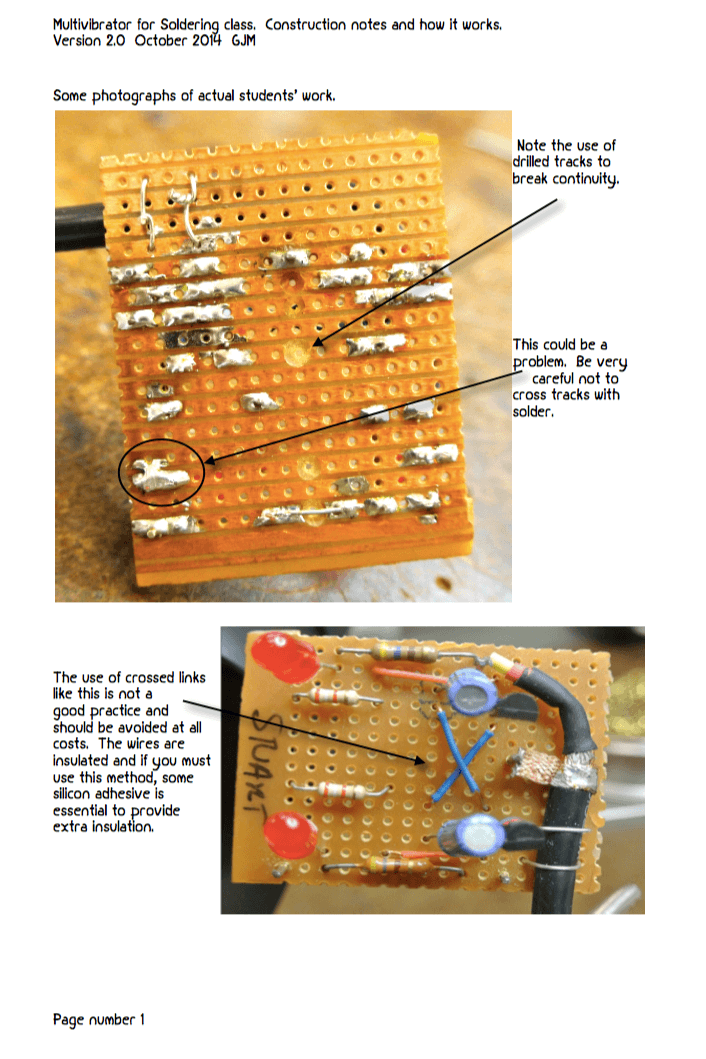