Electronics in the Kitchen

Induction cooktops, especially these portable 2kW rated ones are ideal for fast, low cost cooking.  And with some thought, they can be put on the bench directly over the top of the dishwasher.  Out with heavy inefficient gas cook tops and electric ovens of the larger kind. 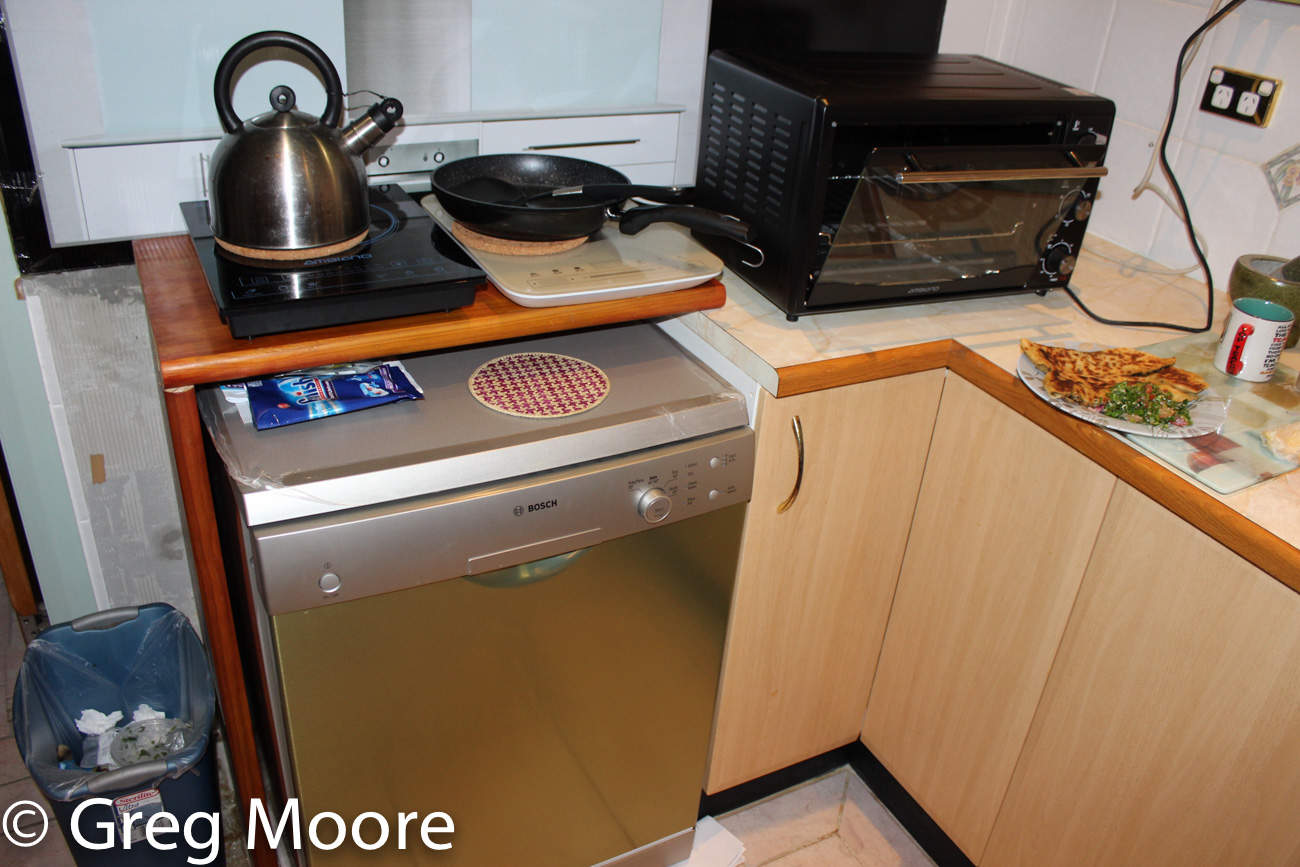 Temporary bench in place while waiting for new one.  No heat from induction cookers gets near the dishwasher and no steam from dishwasher gets into induction electronics.  This is the best way to isolate these. Oh.. and in a military style, if there is a failure… replacement is fast and swift and each induction cooktop only costs between $Aud50 and $Aud100. 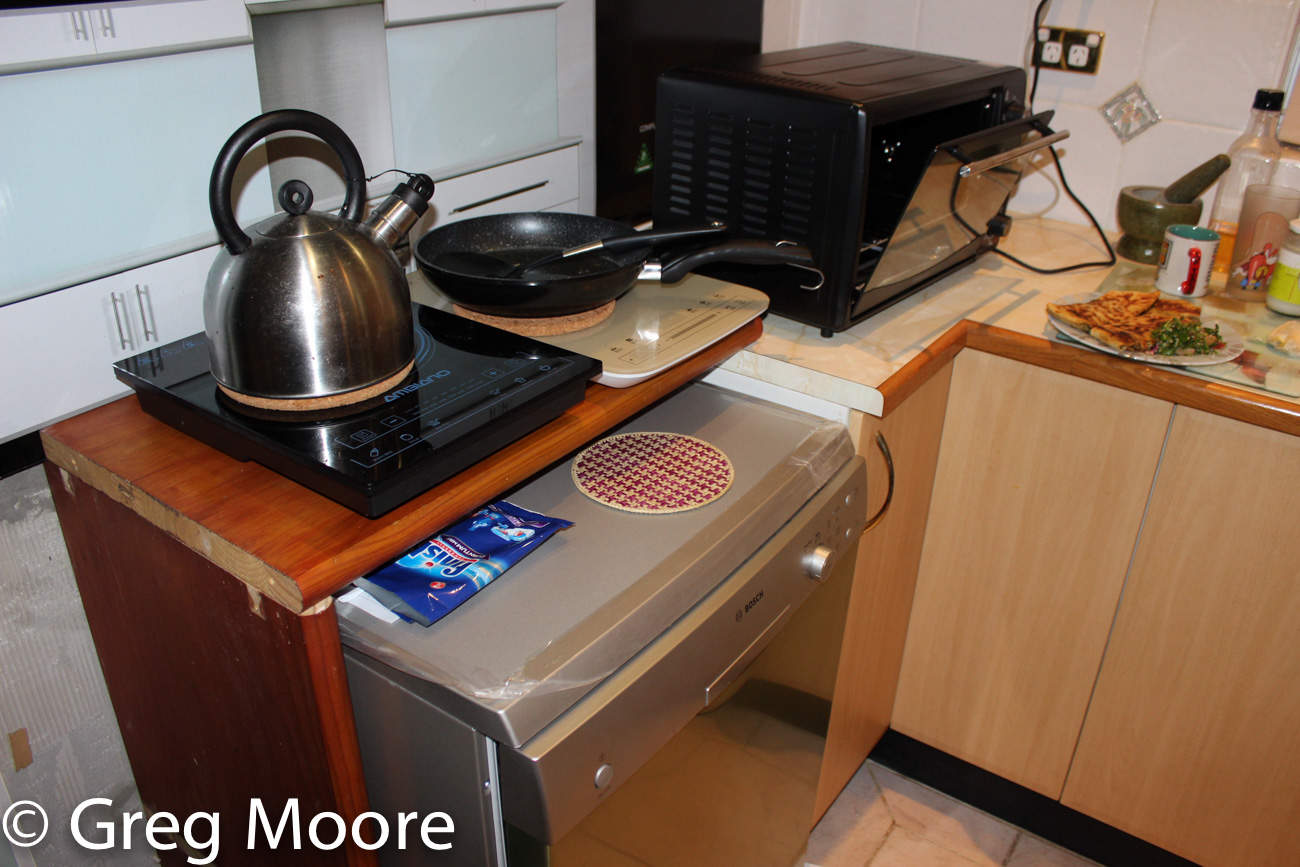 Cooking times and powers normally are short and low.  Example, beef with noodles for two people in pan, cooking time around 7 minutes at an average of 800Watts only.  Cooking cost less than 2 cents. 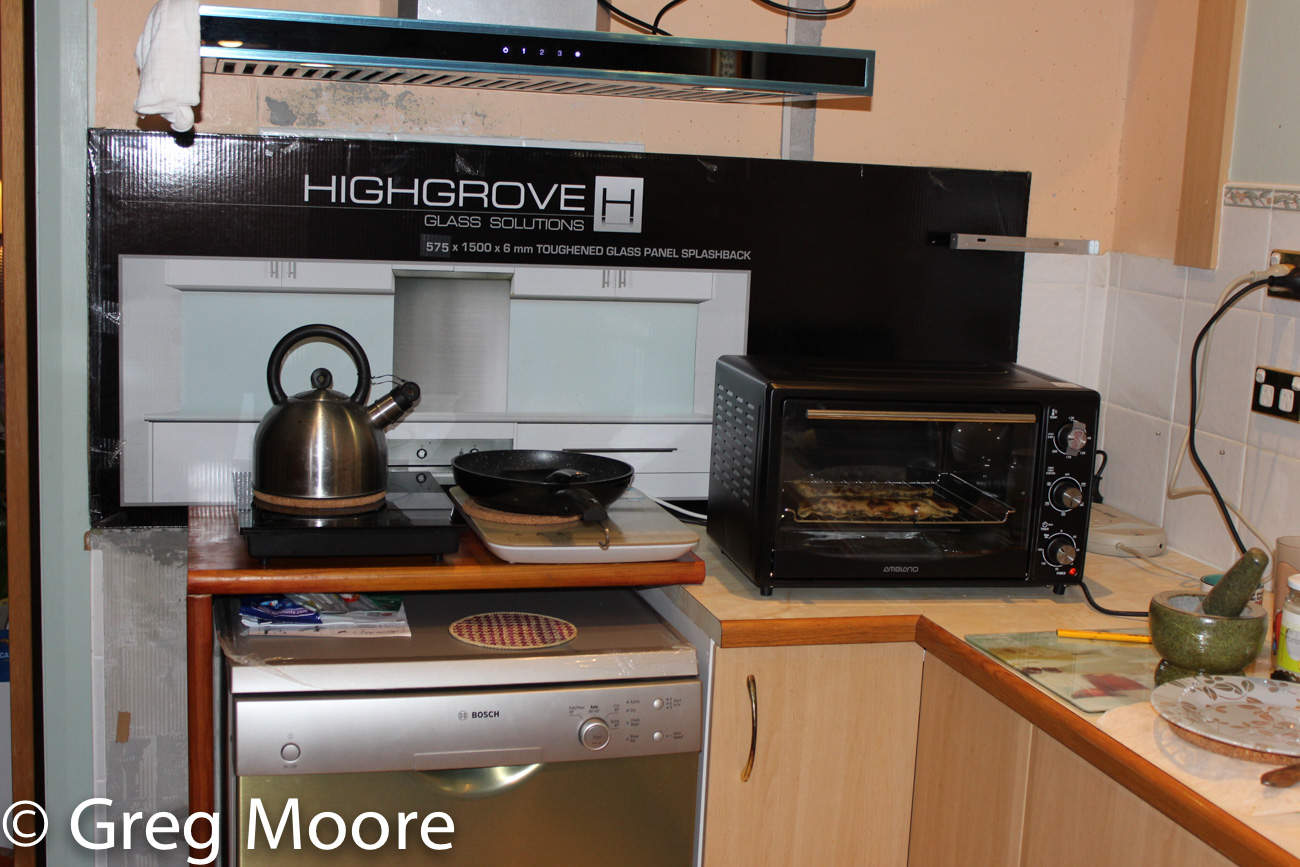 Although still in the building process, the old white gas oven is not missed, nor is the ridiculously tiny and air restricted extraction system.  The new baffle filter rangehood features a twin cage blower driven by a 3 speed 230W motor.  LED lights at 3W each are more than adequate over the cooking area.  The exhaust system is through wall 150mm unrestricted high velocity for the baffle filter elements to work properly.  There are no top cupboards!  Top cupboards are so silly over cooking areas.  All gone and not missed! 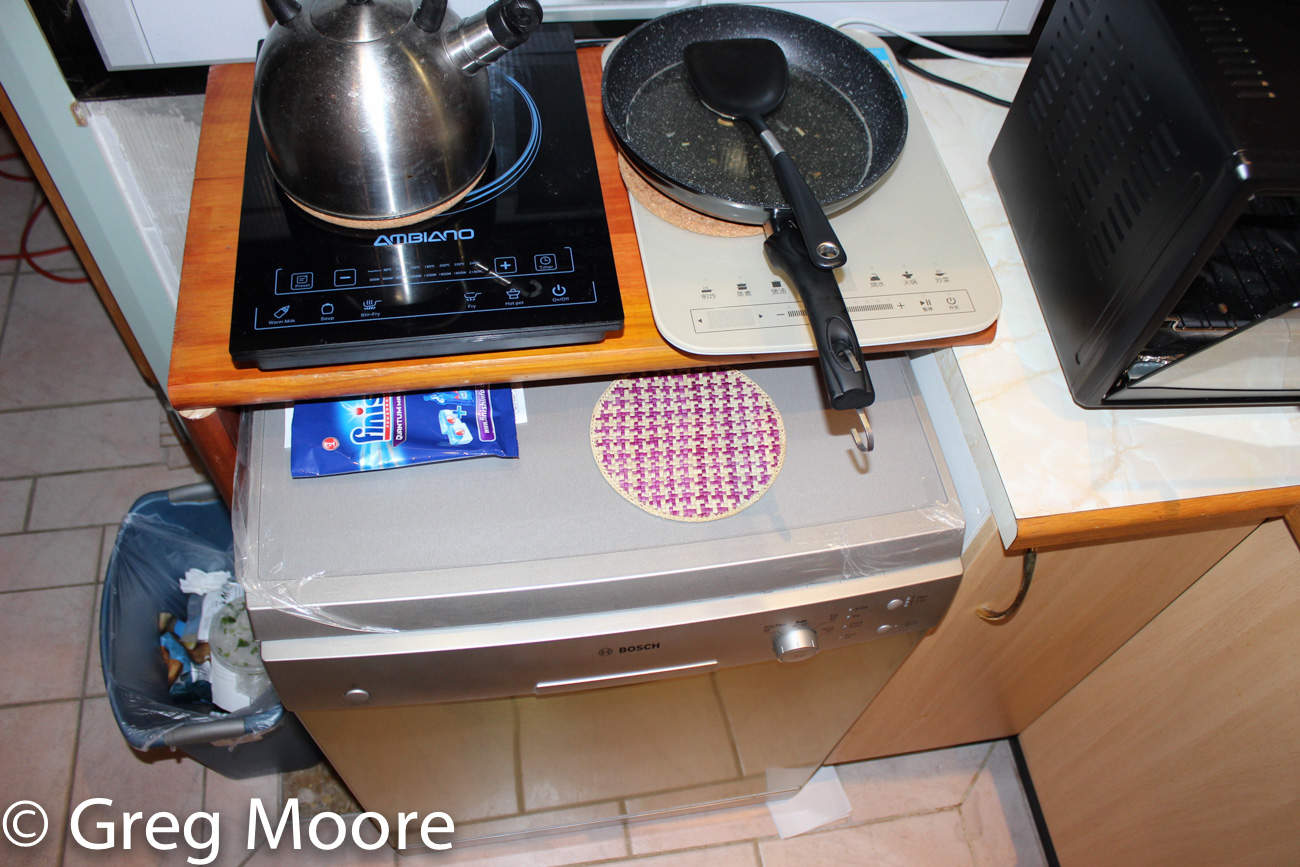 cooktop is shown next to an Aldi cooktop.  The Midea is superior because of temperature control and it’s much thinner and quieter too.  Ikea sells some nice induction cooktops also, and that Ikea model is also superior to the Aldi induction cooktop.