TAFE Electronics Engineering Crisis or STEM Phooey –where are all the electronics engineering students in Australia?  – June 2016

I make a bold statement here which is “Students are pushed into study paths by either their peers and cohorts, their siblings or their parents”  This is a debatable topic but I take a chance and generalise here for the context of discussion of the question:  where are all the electronics engineering students in Australia? 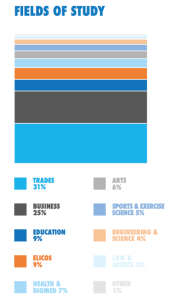 The adjacent image shows the balance of students across the spectrum of study areas in Victoria University (accessed June 4, 2016 link on image).  Engineering and Science only accounts for 4% of students currently or recently studying at that University which ranks in the top 4% of universities worldwide by world university rankings.

Engineering and Science… so this includes a major division of say Biochemistry  to Engineering paths which include subdivisions of say Mechanical Engineering, Civil Engineering, Electrical and Electronics Engineering.  At the end of that breakdown do we see less than 1% of students studying Electronics at the undergraduate and post graduate levels?  It is unclear what the trades area of V.U. includes but surely it would include some Electronics study at certificate and diploma levels also, albeit 1% of the 31%?

Are the ratios of students studying electronics engineering in all universities the same or similar?   This data is not easily obtainable for other institutions but let’s say the ratios are the same across the tertiary education sector.  Why are more students not studying electronics?  “Electrical and information engineering disciplines provide solutions to the most critical problems facing the world today” (Sydney University Engineering home page comment).  To the solutions to the most cri 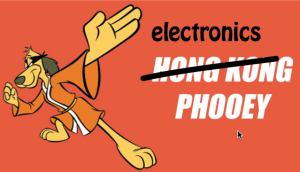 tical problems facing the world today, with a  technology paradigm shift, only a handful of students in the electronics discipline are who we will be reliant upon in the future.

The push from various governments over the years for more STEM education seems to have been in a leaky boat (or submarine) and is going nowhere fast.

Through the 1960’s and up to now, technology has shifted so much.  The largest changes being five which come to mind.  1. Analogue television gone  2.  The mobile phone network and wireless technology  3. The internet  4. Space exploration  5.  Magnetic resonance imaging and superconductors.  What do all of these events have in common?  Electronics.

But the developers and designers of so much that we use and rely on daily have often been forgotten and their work is abstract at best.

Not unlike the Sonnet by Percy Bysshe Shelley 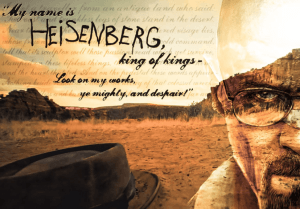 I met a traveller from an antique land
Who said: “Two vast and trunkless legs of stone
Stand in the desert. Near them on the sand,
Half sunk, a shattered visage lies, whose frown
And wrinkled lip and sneer of cold command
Tell that its sculptor well those passions read
Which yet survive, stamped on these lifeless things,
The hand that mocked them and the heart that fed.
And on the pedestal these words appear:
`My name is Ozymandias, King of Kings:
Look on my works, ye mighty, and despair!’
Nothing beside remains. Round the decay
Of that colossal wreck, boundless and bare,
The lone and level sands stretch far away”.

Here we have the narrator learning from a traveller about a giant, ruined statue that lay broken and eroded in the desert.  Grandiose architecture in ruins, civilisations changed forever with the passing sands of time.  Ideas, power, obsessions gone.  Will our electronics empire which is only a human creation, one day pass away also,  just like the statue of Ozymandias?  Will future engineers read and say “Look on my works, ye mighty, and despair!”  Who knows what is just around the corner for data communications?  Copper is dead, will optic fibre die also?

What also was timeless here was not in fact the statue of Ozymandias but the work of the artist.  So the engineers who developed the phantastron oscillator for early RADAR circuits, they are all gone, but their work remains strong in history and is a credit to them. If we do not have many more students studying electronics in the future, there will only be memories for the fundamental building blocks which a new breed of engineers work with and wonder how they came about. 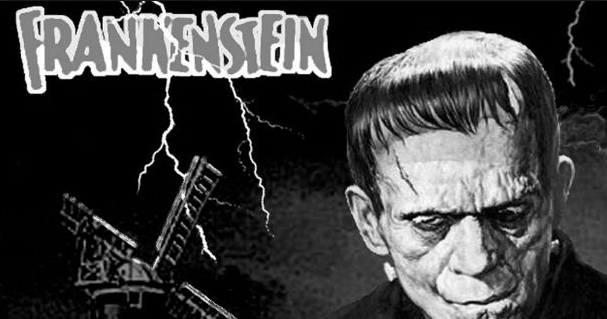 In 1752, Benjamin Franklin flew a kite and captured electricity by way of a lightning bolt and in 1781 Luigi Galvani, an Italian surgeon proved that there was animal reflex to electrical stimuli of muscles.  So what?  In 1799, Volta discovered the worlds’ first electrical battery by stacking discs of dissimilar metals together.  In 1803 at the Newgate Prison in London, U.K. Galvani’s nephew, Giovanni Aldini inserted metal rods into the mouth and ear of the recently executed corpse of murderer George Foster and caused that body to sit up.  Reanimation of a human corpse!  So what?  Well reader…. it unfolds that in 1814, one Mary Godwin became Percy Bysshe Shelley’s lover (he was already married with 2 young children)  Later, in 1816, Shelley’s first wife commits suicide because of jealousy over the Godwin affair and Mary Godwin and Percy Shelley marry.  So what?  In 1818, with friend Lord Byron and husband Percy, at the age of 20… Mary Shelley wrote Frankenstein.  Of all the horror stories and movies involving weird electrical stuff, this story must be the original and the best because it was written in the time when all this technology was magically unfolding.  Mary could certainly have written into that book “look on my works ye mighty and despair” for Victor Frankenstein was so confident that his scheme would succeed, only to have it end in catastrophe and devastation! 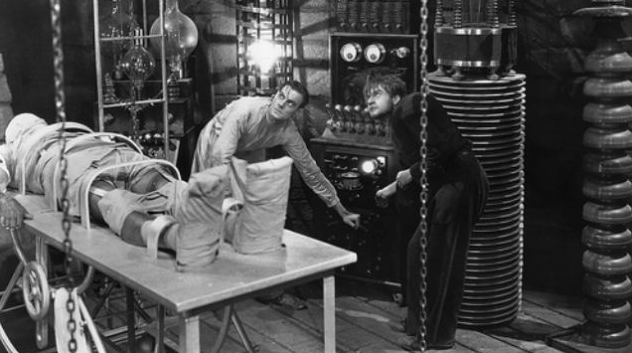 Young students need to be directed to learn and take an interest in electronics.  Parents and friends need to entice young people into engineering… and after all… engineering in Sydney is vastly different and more valuable to the engineering courses in some Chinese universities.  We in the west may be trailing Chinese tertiary education, or are we?  Don’t go overboard praising China’s schools  There is a big difference in academic understanding between Western universities and Chinese universities.  The scores for universities in China are based on high marks and as a past teacher from a Chinese university, I can agree with Jay Matthews, the Chinese are excellent at rote learning for examinations but do the students actually know the application of the work?  This is the competency twist and is for another story.

The Diploma or Advanced Diploma study at TAFE, in electronics engineering is a great start into the world of electronics.  The student needs a keen interest though to benefit fully from the tuition.  Think not so much about design, but servicing of current and future technologies, this is where the jobs are.  Be absolute in your knowledge that practical 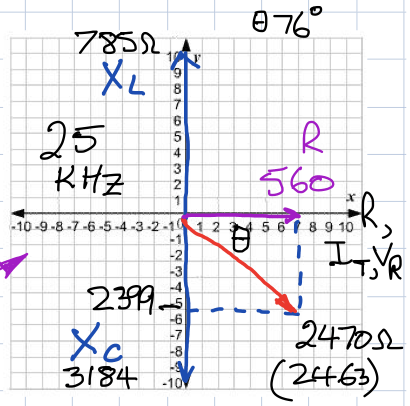 skills taught in TAFE colleges are vital in this vocational pursuit.  Don’t be afraid of the maths.  Sure there is some maths… but there are different course structures which cater for an outcome with differing levels of maths ability.  If you love high level maths and theory, maybe university is for you.  If you plod along and are good with circuit construction and analysis but feel you will struggle with calculus or matrices, you can study the Diploma in electronics engineering at TAFE and do other electives besides the maths.  Many of the current jobs in electronics are for Diploma trained students… jobs at www.au.jora.com for example:

Most of the job positions like the above one are paying around $au60,000 pa. For the student who wants to get a head start into electronics prior to University study, the Advanced Diploma in electronics engineering maybe for you. 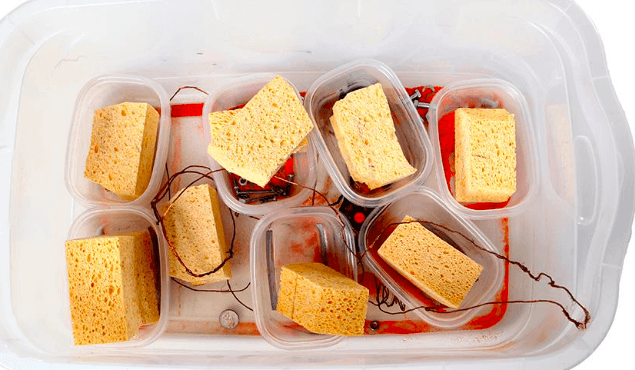 Making a battery in the desert

If you have not seen the series, Breaking Bad was actually quite educational.  From copper wires and building batteries to electromagnetism and high voltage delivered by batteries connected in series.  (The series is NOT for kids and contains drugs and language and violence) The point being, that with a little technical skill, amazing things are possible.  Why would you waste time studying business at university with no foundation skills to build upon?  Get some technical skills under your belt after leaving school and study electronics engineering for a rewarding career or as a stepping stone to other pursuits which use technical skills.  Do you like robotics and control systems, amplifiers guitar effects pedals?  Build on what you like….make it work for you.