Thank you for showing interest in this site and taking the time to read about me.  I’ll keep this simple and brief.  I have been interested in electronics since a very early age.  I grew up in what was still pretty well a post war city, I say this because I have fond memories of shops such as Deitch Bros on Oxford Street Sydney, ACE Radio at Marrickville and countless other outlets selling ex-military WWII radio equipment.  These places were like museums of ancient technology.  You could buy a Bendix radio compass from a Spitfire aircraft or a field telephone from the battlefields of Europe.

In later years, there were the big government disposals auctions held monthly in Sydney’s west at St. Marys.  I had bought many things from there, 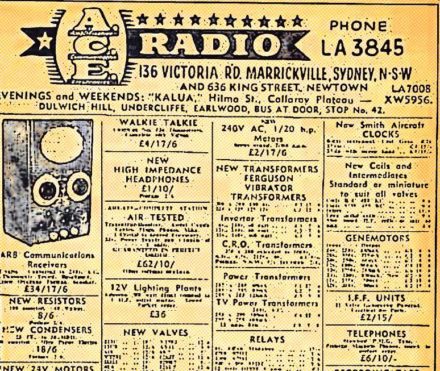 including a complete system rack of frequency synthesised Collins 618z4 receivers, which were still in use in Boeing 747 aircraft at that time.  These units had the most precise frequency control with a temperature controlled Crystal oven running at 80 degrees C to keep it well above ambient temperature, giving constant frequency accuracy to a Crystal oscillator of only a fraction of 0.01 Hertz.  At operating frequencies up to 29.999MHz HF these receivers were capable of rock solid communications.  Now, although HF S

SB is still used, Satellite communications for point to point is more common.

Radio and electronics was a common hobby all those years before, to buy and learn electronics and radio and a great way to meet interesting and most times other eccentric personalities.

I did my original electronics training with the RAAF back in the 1970’s and then furthered my learning in the 1980’s through TAFE NSW.  My RAAF training was amazing to say the least.  Concentrating on circuit understanding and fault finding, it was 2700 hours at a trade level. More follow up courses in Collins Rockwell equipment took that training to around 4000 hours.  The RAAF could not afford for planes to drop from the sky due to avionics malfunction.

Later, after a career with the NSW Police Service (Radio Planning Technical Officer) and NSW State Emergency Services (Deputy Chief Communications Officer) I found my way into teaching with TAFE NSW.  I have been teaching electronics and communications at TAFE NSW for 24 years in 2016.

In the last 24 years, I have seen many changes to the industry and the loss of consumer and prosumer electronics manufacturing here in Australia.  Among the last to go was Wagner Radio in Sydenham and before them, AWA, Plessey, STC.  Since 1950, more than 100 medium to large consumer and prosumer radio manufacturers have gone out of business in Australia. The digital control and computer era has largely replaced analogue electronics as we knew it from the past.  There is an old adage, that when something old goes, something new replaces it, and we are certainly seeing this with digital disruption.  But somebody needs to install and calibrate and service or replace all the new systems.  This is the new breed of electronics students, and these pages on this site are for their benefit. 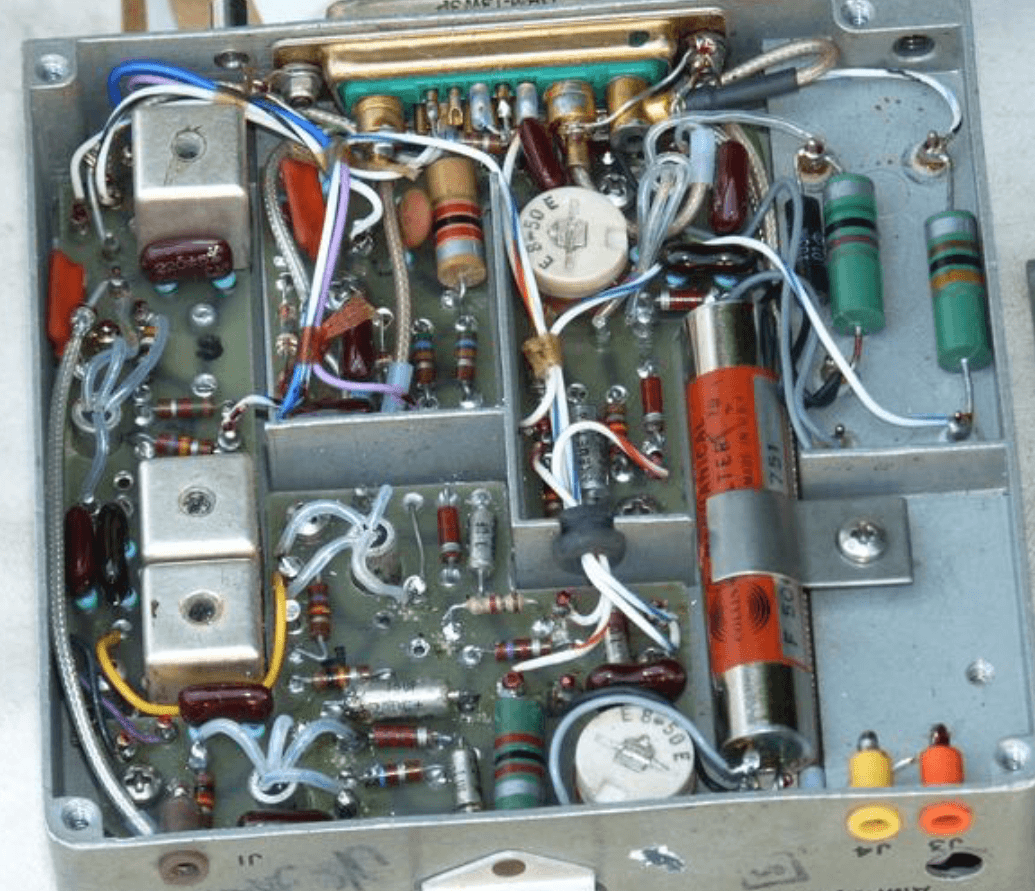 An intermediate frequency amplifier module with mechanical filter, Rockwell Collins. The large resistor looking things are actually inductors and all the insulation is PTFE. The small resistors are classic carbon composition and do fail with heat and time. 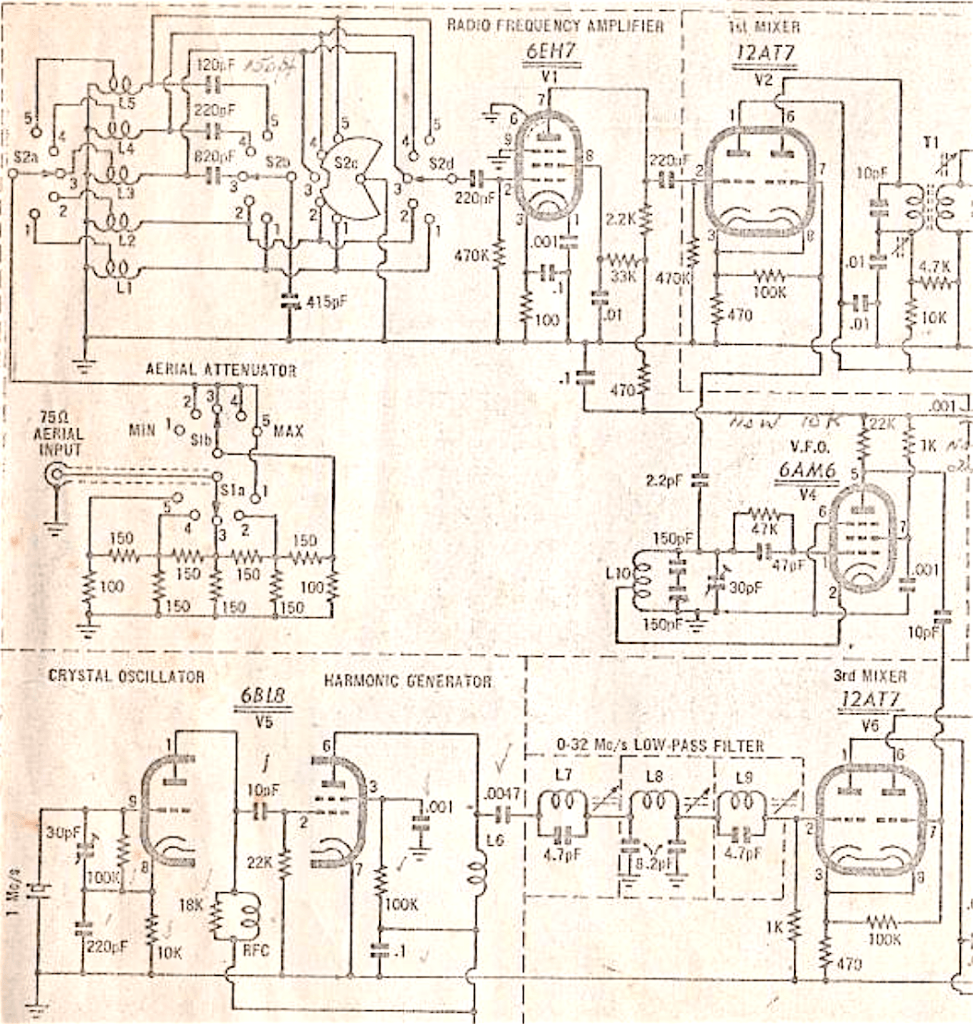 Triple conversion receiver circuit from Electronics Australia, 1966. Note the Colpitts Xtal oscillator at 1MHz, feeding into an untuned triode to give key harmonics at 1, 2, 3, 4 etc MHz. Followed by a LPF to eliminate higher order harmonics. 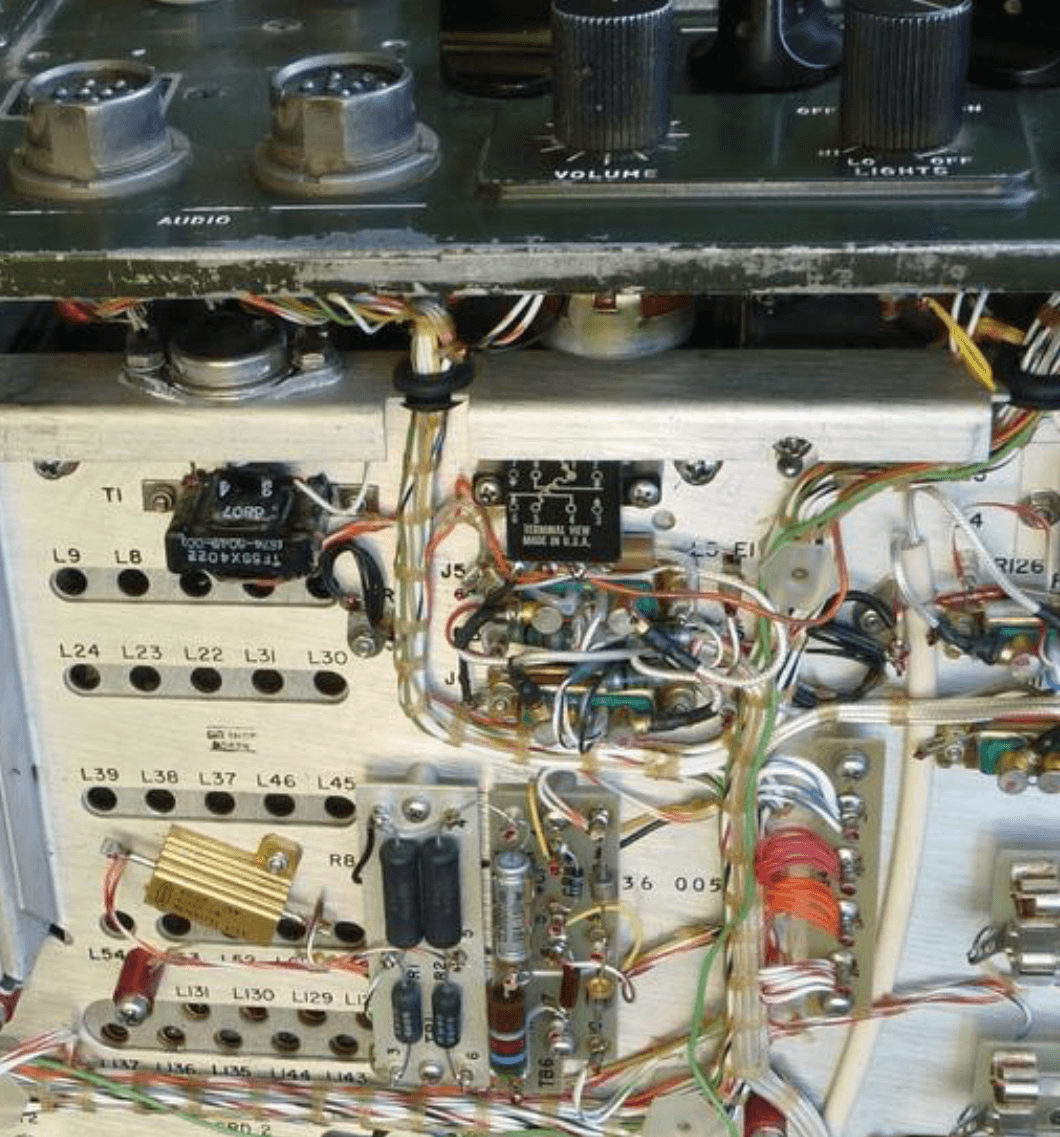 PRC-47 transceiver, still in use in Australian Army up to 1980. A relic of the Vietnam War. 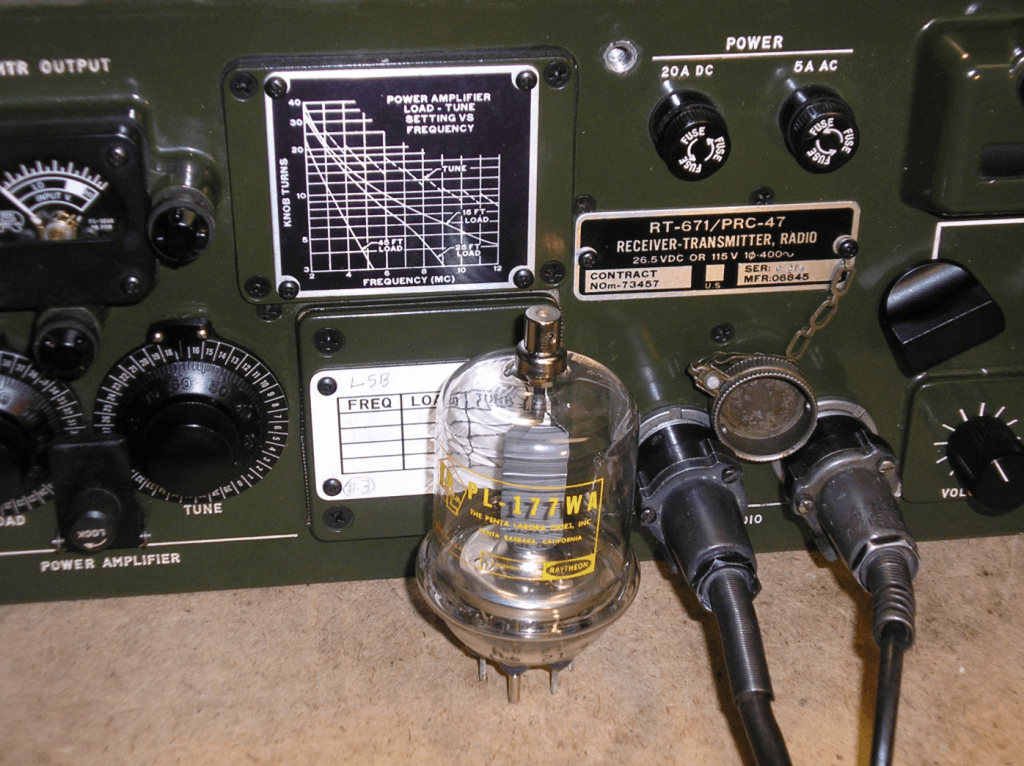